Leopold Adi Surya is an Indonesian graphic designer, illustrator and fiction writer. He has worked as a book cover designer and illustrator for publishers in Indonesia and Australia. For his practice-led research MA project, he explores the realm of narrative illustration as both a literary form and a visual medium. In the past, he has always compartmentalised his works as a writer and a designer. For the MA project, he intended to combine both practices and try finding a thin fine line where the mix of both will illuminate and amplify his narrative. He picked Ambang [In-between], a short story he wrote some time ago, to be adapted into an experimental visual narrative. The story previously appeared on VICE Indonesia‘s Jakarta 2038 Fiction Week in 2018. It follows an unnamed narrator in the not-so-far-future Jakarta who decided to transfer his consciousness into an alien technology “crystal shell”. He hopes that his visual experimentation can reveal and interrogate the speculative quality rooted in our very own lives who are always changing rapidly, as well as to the digitised future. 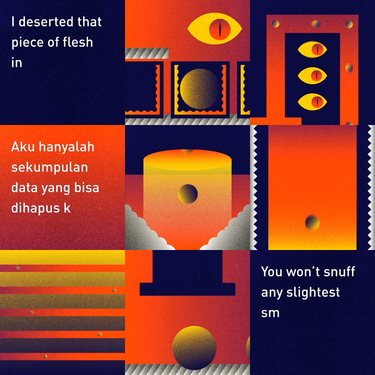 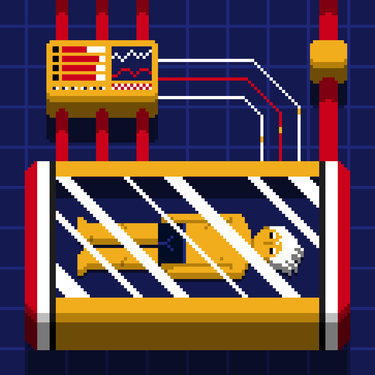