Jamie Kirk’s sources of inspiration range from lived experiences and memories, through to overflowing skips and neglected front gardens. His core interest is rooted in human experience, or more specifically his own experience of being a human in the modern day.

Each work he produces is some sort of comment he could otherwise not iterate; a cynical observation, a humorous remark or an automatically drawn response to a clusterfuck of emotions. They are autobiographical. These are often channelled through paintings; whether that means cobbling scavenged objects together or meticulously crafting a particular shape, paint is the desire line between these avenues, acting as a binding agent of consistency amongst a practice which is as likely to go off at a tangent as are the thoughts that drive it.

During his MA, Kirk has been breaking down his usual practice and expanding into uncertain territory, namely sculpture, which provoked him to make many works in relief, although still wall mounted. The presence of undulating surfaces and grids have allowed a more considered deconstruction and reconstitution of imagery across several planes, in a balancing act between chaos and control. 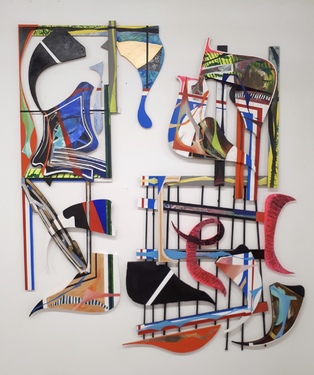 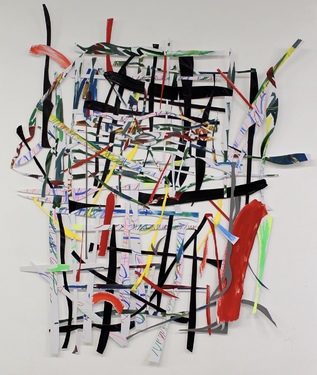 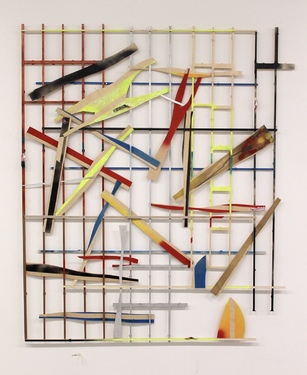 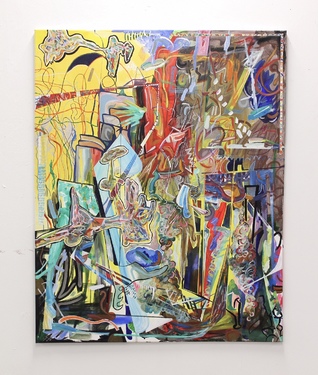 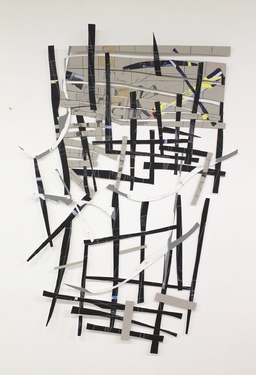 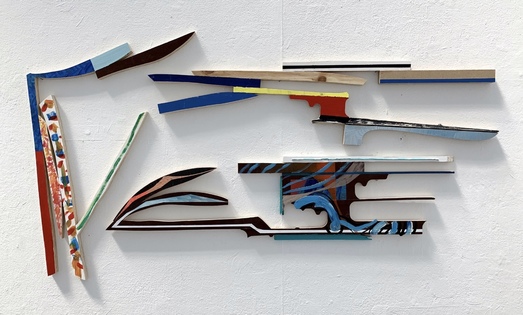