After the launch of the iPhone 1billion.11SE the robots the humans had made suddenly realised (because we gave them the ability to be conscious) that they could do things much more efficiently by themselves, and that the pink fleshy things that thought they ruled the planet were simply just getting in the way.

So the robots and cyborgs took over the running of the pale blue dot, and as the machines started to make more machines they created more pollution and the atmosphere (which the robots didn’t really care too much about anyway) started to get hotter. So hot, that the robots started to overheat. At first random error messages appeared, then rainbow cursors span whilst screens (ironically) froze, and then paperclips popped up everywhere asking the robots if they were trying to write letters, which frustrated and heated up the robots even more.

When all the whirring fans stopped the robots could no longer function. As they lay on a mechanical scrap heap, the earth stirred. Plants started to grow again around the bits of waste human and robot. Animals crawled out of their hiding places and hybrid creatures started to evolve. Cables intertwined with limps, batteries charged shrubbery, fossils fused with flesh. It wasn’t particularly pretty, and it didn’t make a lot of sense – but then again, have you ever seen a platypus?

Not quite living, not quite dead, not entirely natural and certainly not normal by human standards or robot standards (which are of course extremely high) - they were the new kids on the rock, the unfashioned creatures. 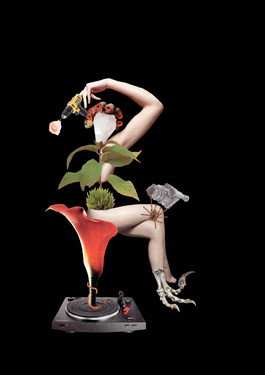 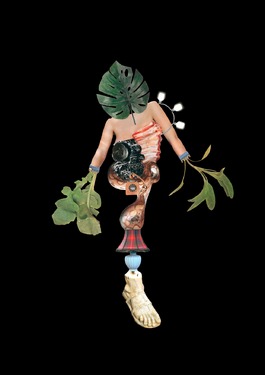